Brussels, 25 June 2020. On 19 June, EU leaders met in Brussels to discuss the Commission’s proposed recovery fund and EU long-term budget. Ahead of this meeting, 99 organisations representing the whole spectrum of Europe’s cultural and creative sector have issued a joint call for strong and systemic support measures at EU and national level to recover from the crisis. Also the European Writers’ Council (EWC) and the European Council of Associations of Literary Translators (CEATL) joined the call and the Open Letter.

Together, we call on Member States and the European Parliament:

As the EU has started discussing the proposed recovery plan, 99 organisations from across Europe’s cultural and creative sectors are uniting their voices to alert EU leaders: our sector needs strong and systemic support measures to recover from this crisis. As it is now well understood, the cultural and creative world is one of the first and hardest hit by the crisis. According to the Commission’s own estimates, some parts of our sector – which accounts for €509bn in value added to GDP and over 12 million full-time jobs – are expected to lose up to 80% of their turnover in the 2nd quarter of 2020.

We have a higher than average percentage of self-employed workers, freelancers, micro-businesses and youth employment, which makes us particularly vulnerable in times of crisis. As the European economy is slowly restarting, it is far from business as usual. Cultural actors are gradually resuming their activities, but all have to implement strict safety rules which means they won’t be operating at full capacity for the foreseeable future and are therefore facing challenging economic decisions. From individual creators and creative workers all the way to big production and media companies, the whole value chain is impacted.

And yet the recovery package announced by the Commission on 27 May does not reflect the reality of the cultural and creative sector, despite the encouraging messages by the Commission and the strong position taken by the European Parliament.

The proposal on the table falls way short of our sector’s expectations:

• Despite being identified as one of 14 of the hardest hit ecosystems, there is neither a sector specific instrument for culture, nor a clear indication on whether or how we can benefit from different instruments. The section on REACT-EU in the Commission’s Communication refers to culture, but there is no guarantee that we will receive appropriate support.

• As for Creative Europe, the EU’s only programme specifically dedicated to the cultural and creative sector, the Commission’s announcement is a missed opportunity and a real disappointment. Along with the budget dedicated to education and youth, the budget dedicated to culture is the only one to decrease compared to the Commission’s own 2018 proposal, and it is a far cry from the European parliament’ position.
Quite ironic for a recovery plan named “Next Generation EU”.

To bring the EU’s support for our sector to a level that is commensurate with its contribution to the EU’s economy and its citizens’ wellbeing, we call on Member States and the European Parliament:

• To push for a substantial increase of the Creative Europe budget. We fully support the European Parliament’s proposal for a budget of €2.8bn.

• To guarantee that the entire sector can benefit appropriately from the recovery plan’s various instruments.

Let’s invest in culture to show the EU’s #NextGeneration that we really care about their future!

TO THE SIGNATORIES online

READ ALSO THESE STATEMENTS AND SURVEYS:

THE DIVERSITY OF EUROPEAN LITERATURE IS UNDER THREAT: European Writers and Translators call on all decision makers for an overall political commitment to culture and a system update of the book world. The EWC recommends 37 proposed measures to support authors, the diversity of literature and the book value chain during and after the Covid-19 crisis.

To the EWC statement

#saveEUculture – 312 Cultural and Authors’ Organisations and 105 MEP signed Open Letter to the EU Commission and the Member States, demanding support for the Cultural and Creative Sectors, particularly cultural creators, affected by the COVID-19 crisis.

To the call and the petition

How to champion writers and translators behind every book 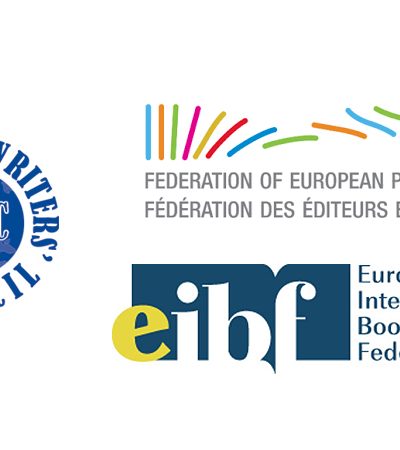 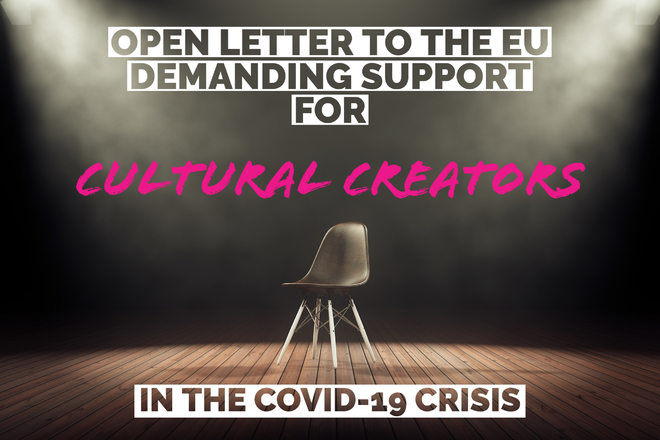