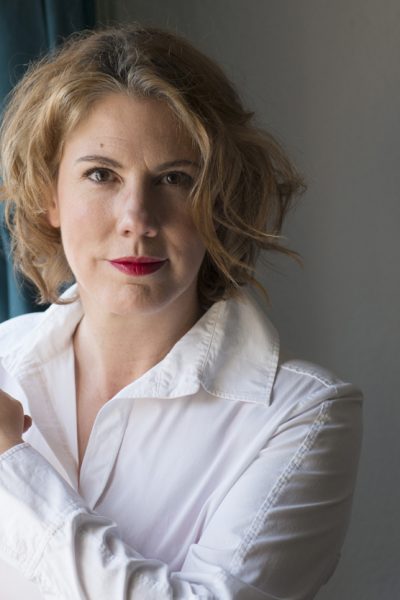 Born in 1973 in Bielefeld, Germany, Nina George is a prize-winning international bestselling novelist and freelance journalist who has published 29 books (novels, contemporary, mysteries, non-fiction), as well as over a hundred short-stories. George’s ‘The Little Paris Bookshop’ has been translated into 37 languages and hit the New York Times Bestseller list.

Nina George is a member of the administrative board of the Collective Management Organisation VG Wort, and chairwoman of the VG-Wort ‘e-Book’ working group. George has represented the German Writers Union VS (Verband deutscher Schriftstellerinnen und Schriftsteller) in the committee for authors’ rights at the German Culture Council and has been an advisor on the topics authors’ rights, AI and Literature, and Women Writers in the Boards of the German Writers’ Union VS and of the German PEN-Centre.

Nina George is founder of several writers’ NGOs (Network Authorsrights, Fair Bookmarket), and Diversity-projects like #frauenzählen (Counting women).
She is married to the writer Jens J. Kramer and lives in Berlin and Bretagne.

EWC at the #FreeBelarus rally

EWC, FEP & IFRRO Webinar on the Out of Commerce Works-Portal

EWC at the WIPO SCCR/41 meeting