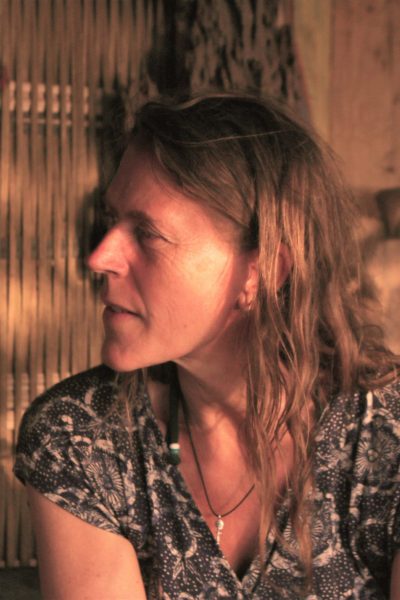 Viveka Sjögren Bangoura, born 1966 in Stockholm, is a Swedish writer of children’s and young adults’ books, and illustrator. She has written a bit over twenty books, out of which several has been shortlisted or rewarded with literary prizes. She has also written poetry for stage and poetry and essays for literary magazines.

Her engagements in literary organisations began on the board of the Norrländska litteratursällskapet/ Writers’ centre North 2002 – 2006, the latter years as secretary. 2003 – 2009 she was a member of the board of the Swedish Writers’ union, and from there went to BULT – the section for children’s and young adults’ literature in the Swedish Writers’ Union, during 2013-2015 in the position shared Chair. 2016 she took on being Chair of the International Council. 2016 started a collaboration between The International Council and Klas de Vylder’s fund for immigrant writer, something that led to her taking over the Chair of the foundation in 2019. She is also a board member of the BCWT.

During her years within the Swedish Writers’ Union she has conducted several international projects, such as an educational exchange program with Nepal and Nepalese authors of children’s books, and a research trip to Eritrea to initiate a similar project there.

Since 26 November 2020, Sjögren Bangoura is Board Member of the European Writers’ Council. Among other projects, she initiated the EWC #freewordsbelarus-campaign.

For the curious: She and her husband has founded a primary school in her husband’s home village in Guinea, she fills her house with dogs and cats and others, enjoys horseback riding, dancing and trekking. She is also the principal of a small Steiner school in the little village of Delsbo, Sweden, where she resides since 1995.

EWC at the Workshop: Gender Data in the creative sector

EWC at the Digital Conference on Gender Equality in European Culture

EWC at the Copyright Webinar of the Slovene Writers’ Association

EWC at the WIPO Conference on the Global Digital Content Market

EWC at the IFRRO PLR FORUM