On 24 May 2017, the General Assembly of the United Nations adopted resolution 71/288 and declared 30 September as International Translation Day.   This day celebrates the feast of St. Jerome, the Bible translator, who is considered the patron saint of translators. Since 1991, however, translators and interpreters have been honoring Hl. Hieronymus (German) or Saint Jérôme (French) on September 30, following a decision by the FIT (Fédération internationale des traducteurs). In 2017 FIT achieved an historical milestone for all professional translators, interpreters and terminologists, with the 71st Session of the United Nations General Assembly, recognising the role of professional translation in connecting nations, and fostering peace, understanding and development.

The EUPL Consortium, comprising of the European Writers’ Council (EWC), the Federation of European Publishers (FEP) and the European and International Booksellers Federation (EIBF), leading the European Union Prize for Literature (EUPL), is happy – together with the European Commission – to reveal the 2021 edition of its yearly European Stories publication: the EUPL 2021 Anthology.

Featuring excerpts from the winning books of the year in both original versions and in English or French translations, the EUPL 2021 Anthology aims to be a window into the worlds, countries and cultures of the 13 EUPL laureates of the year and their exceptional works.

On today’s International Translation Day, the EUPL Consortium hopes that this Anthology will help reach audiences beyond cultural and linguistic borders, as well as highlight the importance of literary translation.  The EUPL 2021 Anthology is available to download as a PDF on the EUPL website. Physical copies are possible to order through the EUPL Consortium. 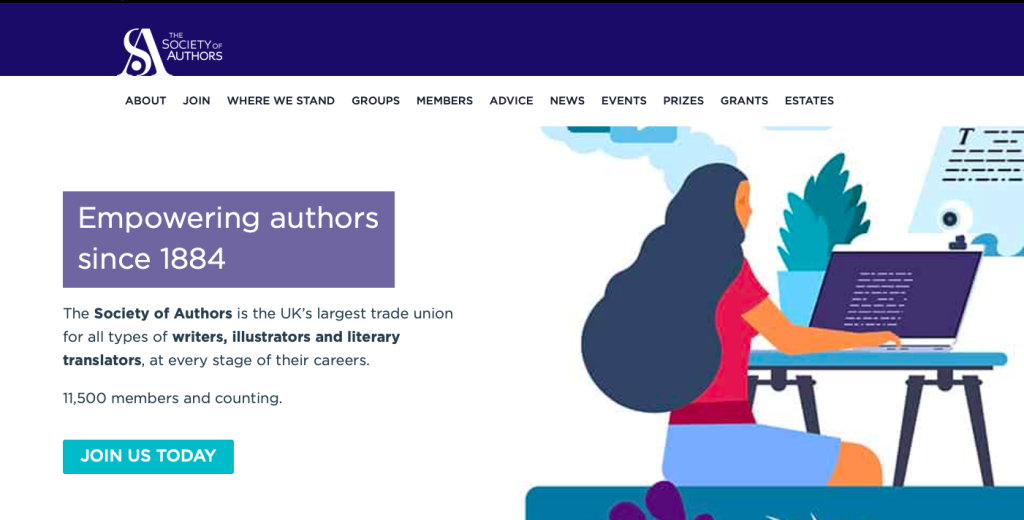 ‘Name the translator in the same breath as you name the author’ say bestsellig writers, including Bernardine Evaristo, Sarah Waters, Preti Taneja, Katie Kitamura, Simon Schama, Max Porter, Tracy Chevalier and more. The #TranslatorsOnTheCover campaign by EWC member The Society of Authors is launched on International Translation Day 2021, calling on every writer to ask their publishers for cover credits for the people who translate their work.

The open letter acknowledges that it is ‘thanks to translators that we have access to world literatures past and present’ and goes on to say that translators should be ‘properly recognised, celebrated and rewarded’.

The letter has been signed by over 100 authors so far. Writers who wants to join #TranslatorsOnTheCover, can under sign at: societyofauthors.org/translators-on-the-cover 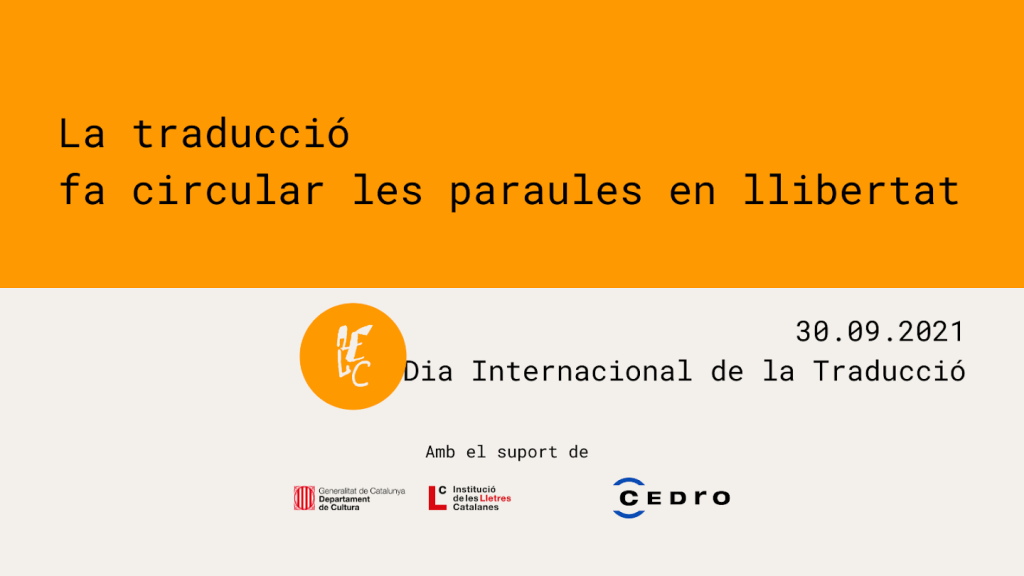 Freedom exists, I have seen it …

EWC Member, the Associació d’Escriptors en Llengua Catalana, has translated a poem into 30 languages for today’s International Translation Day (Hieronymus Day) – above all as a clear signal to writers and authors of those countries that are threatened by a repressive government. The association has commissioned the translation of a poem by Enric Casasses into 30 languages, including Amazigh, Aragonese, Belarusian, Slovak, Galician, Punjabi, Quechua or Ukrainian. 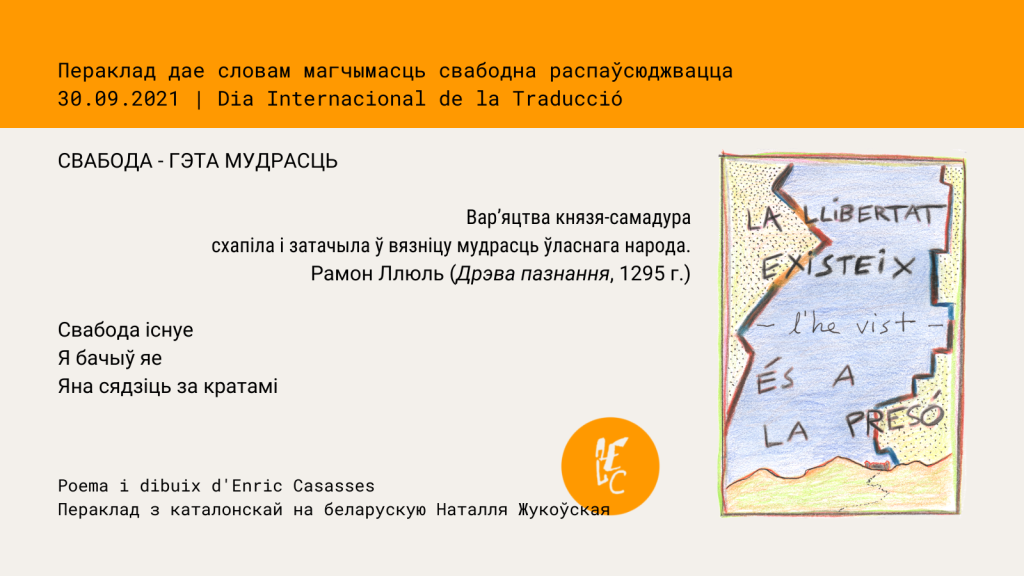 The madness of an evil prince has captured and thrown into prison the wisdom of his people. –– Ramon Llull (The Tree of Knowledge, 1295)

Freedom exists,
I have seen it,
in prison

You can find all postcards right here

Visibility and respect for translators

In the marketing activities, in the media (book reviews), in festival programmes, on radio show or in social media – like the very bookish Instagram – the name of the translator is often omitted. In 2013 Helen Wang, former committee member of the Translators’ Association of the Society of Authors, helped start the campaign #namethetranslator in response to a tendency amongst reviewers and marketers of translated works to drop the name of the translator. Since then, the # has been popularly used to remind media, bloggers, or even authors that without translations there would be no world literature. May it soon be a matter of course to really name all authors for every book – in every review, every literary program, and every quote from another language.  Lean more about the background of #namethetranslator.

The TWB translates more than ten million words per year for non-profit organizations by working with thousands of volunteer translators worldwide. Their work focuses on crisis response, development, capacity building, and advocacy in the areas of crisis relief, health and education and humanitarian work. Learn more 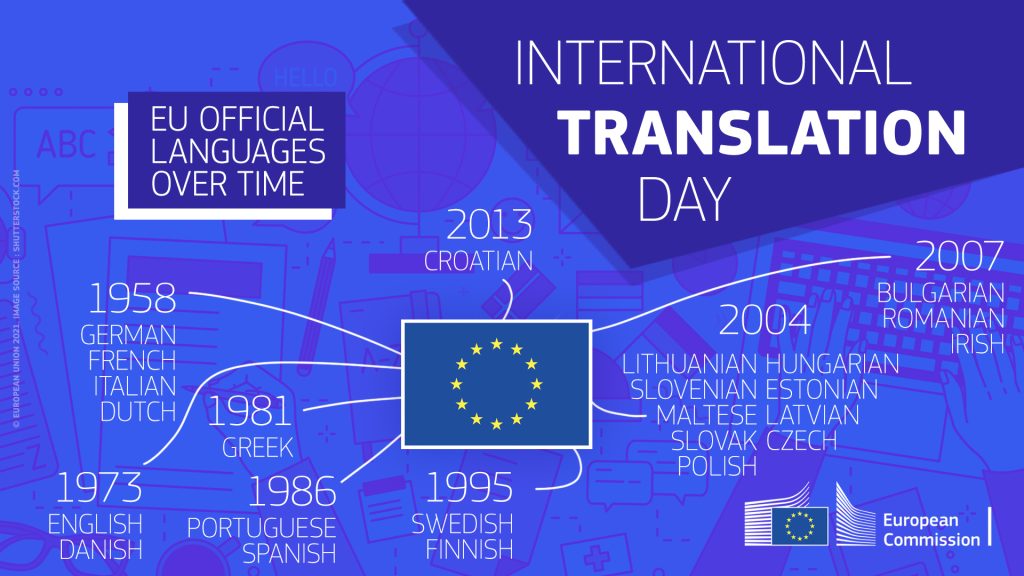 The invisible stars of the EU commission

Read more about European Translators’ organisations, their aims and actions: 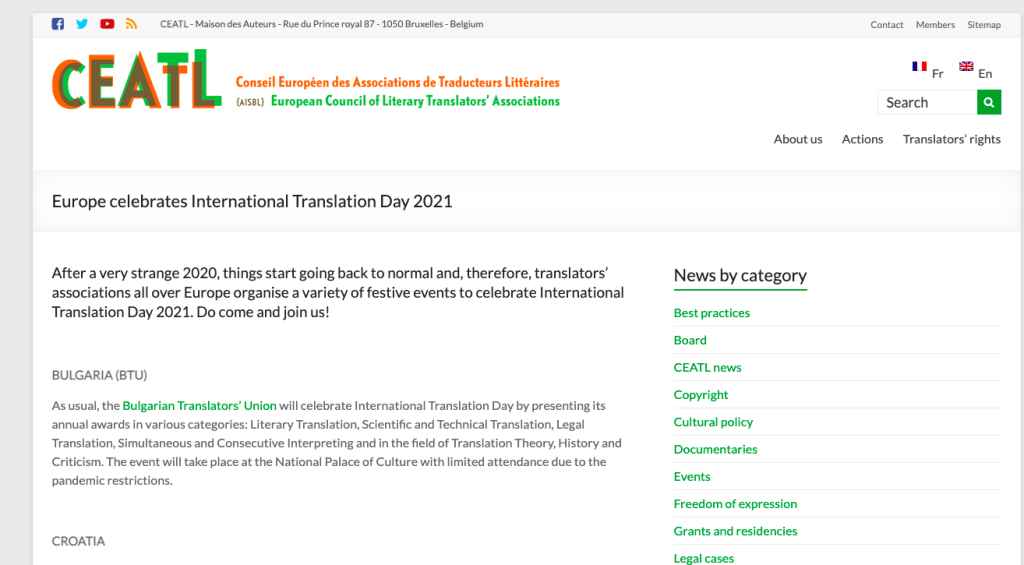 Women in Literature: The FIL Symposium

The EWC Annual General Assembly was succesfully held in Madrid.