We condemn Putin’s crimes against democracy and humanity

The violent attack on 24 February by the Russian government on Ukraine is a war against all democracies, our values, our convictions of peace, freedom and human rights.

Putin, who called the dissolution of the totalitarian Soviet Union a “tragedy”, aims to destabilise Europe. The military offense on Ukraine on 24 of February 2022 with Russian troops is thus an attack on peace and all democratic values in Europe.

“The bloodshed must be stopped. The people of Ukraine and our fellow writers must be supported at this difficult time”, demands Arno Jundze, Chair of the Latvian Writers’ Union in Riga. “What is happening in Ukraine is a threat to democracy throughout Europe. If the war in Ukraine is not stopped, it will be a sign that the aggressor can do whatever he wants throughout Eastern Europe.”

Already over 1.5 million people have been forced to leave their homes in Donetsk and Luhansk. The belligerent measures are expected to force another 5 million Ukrainians to leave the country if Russia continues to invade. Putin’s recognition of the Donetsk and Luhansk People’s Republics could also be only the beginning of a larger, anti-European trend of Russian violent action to conquer more former Soviet territories: The Baltic states see the presence of Russian troops in Belarus as a threat, above all because of the so-called “Suwalki Gap”. This term refers to the 100-kilometre-long border area between Poland and Lithuania, which is framed by the Russian exclave of Kaliningrad and Belarus. Because it is the only land connection between the three Baltic States and the other NATO members, it is feared that Russia could capture the gap in the event of a military conflict, thus isolating the Baltic from the rest of the NATO area. This could allow for a rapid capture of the Baltic. Lithuania, which has borders with Russia’s exclave of Kaliningrad on the Baltic Sea, has declared a state of emergency.

“The Lithuanian Writers Union stands with Ukraine and with our Ukrainian colleagues — our shared community of writers and translators. We condemn the illegal and unjustifiable Russian invasion of Ukrainian territory. We support Ukraine and will do what we can to help in difficult circumstances.”

“February 24th is Estonian Independence Day. On the very same day Ukrainians started to defend their independence against the full scale attack of the aggressor.”

“The European Writers’ Council (EWC) and its 46 member organisations from 30 countries stand with their fellow writers from Ukraine”, says Nina George, President of the European Writers’ Council. “We request from the EU Member States to intervene strongly to the ongoing violence in Ukraine. We appeal to the Ministers of Culture of all EU Member States to support the Ukrainian people, our fellow writers in these difficult and life-threatening war times.”

Our solidarity is with our colleagues in Ukraine and the Ukrainian people.

Chairs, Presidents and writers’ and translators’ organisations supporting this joint manifesto and declare their solidarity with the Ukrainian people and our fellow Ukrainian writers and translators

To the statement in Ukrainian:
https://europeanwriterscouncil.eu/stopthewarinukraine_ukr/

To the statement in Russian:
https://europeanwriterscouncil.eu/stopthewarinukraine_rus

To the statement in German:
https://www.boersenblatt.net/news/das-blutvergiessen-muss-gestoppt-werden-228721

To the solidarity resolutions by the international book sector:

To the solidarity statement by the Lithuanian Writers’ Union:

To the solidarity statement by the Irish Writers’ Union:

To the solidarity statement by the German Writers’ Union VS:

To the solidarity statement by The Society of Authors, UK: https://societyofauthors.org/News/News/2022/February/We-StandWithUkraine

To the solidarity resolution by the Writers’ Union of Romania: https://uniuneascriitorilor.ro

To the solidarity statement by the Romanian Association of Literary Translators, Romania: https://www.artlit.ro/stiri/solidaritate-ucraina

To the solidarity statement by the Bulgarien Translators’ Union: https://www.bgtranslators.org

To the solidarity statement by STRADE, the Literary Translators Union of Italy: http://www.traduttoristrade.it/2022/ucraina-statement-ewc-ceatl/

EWC member, the Sociedade Portuguesa de Autores, declares the solidarity (English translation:The Portuguese Society of Authors condemns the Russian violence and prepares support actionsOutraged by the critical military and political situation currentlyexperienced by the Ukrainian people, the Portuguese Society of Authors sent a message to UACRR Board, the Ukrainian Society of Authors based in Kiev, condemning the criminal actions perpetrated by Russia and announcing its full support for the Ukrainian authors in these dark times. “We hope that courage and freedom continue to enlighten your people and ensure their heroic resistance”, states the message.SPA was recently in contact with its European partners in search of effective measures to penalize Russia and also mobilise radio stations, streaming platforms and the civil society for the symbolic and solidary disclosure of Ukrainian music.In the meantime, by decision of the Board, and considering the suffering of hundreds of thousands of refugees seeking help in Europe, SPA made a donation to the Portuguese Red Cross, to be sent to Ukraine. Aware of the importance and significance of the Ukrainian community in Portugal, for the past two decades, SPA remains available to those who, as refugees, seek freedom and salvation, especially the children.For this purpose, SPA has put Casa Gião at the disposal oforganizations operating and fostering in Portugal solidarity actions with the Ukrainian people. SPA also intends to organize and promote very soon a concert in Lisbon to show Ukrainians that Europe supports them and to condemn the violence of Russia.

EWC Member Εταιρεία Συγγραφέων – Hellenic Authors Society, Greece declares as follows:
“Declaration of the Hellenic Authors’ SocietyThe Hellenic Authors’ Society declares its unequivocal opposition to the Russian invasion of Ukraine and its firm support of peace and the values of civilization, without any exception or discrimination, while at the same time expressing its unwavering support for all those who suffer from the war, and for the intellectuals, writers and artists in the war zones. The Society considers that cultural communication between peoples/nations contributes to the consolidation of peace and, consequently, opposes all types of exclusion in the realm of artistic creation, whether it involves authors, artists, works of art or artistic activities.”

The  CROATIAN WRITERS ASSOCIATION HERZEG BOSNIA – MOSTAR declares:
“Horrified by the news about Russian aggression on Ukraine, and destruction of Ukrainian cities and the death of their soldiers and civilians, Croatian Writer’s Society of Herceg-Bosnia (Mostar, Bosnia and Herzegovina) supports and co-signs the statement “Ukraine, European and International Writers and Translators against War and Violence“ initiated by the European Writers’ Council.  Traumatic experience of war in our recent history obligates us to solidarity with Ukrainian people experiencing hardships and we join in appeal for stopping the aggression over Ukraine. “

The declaration by the Icelandic Writers’ Union Rithöfundasambands Íslands:

To the writers, illustrators and translators of Ukraine,

The members, directors and staff of the UK Society of Authors stand with you.
As the illegal invasion of your country continues, we cannot imagine what you and your families are experiencing.
Beyond the horrors of the humanitarian crisis endured by your people, this war is an assault on the rights that underpin your lives and livelihoods: the right to think, speak, write and create freely. It is an assault on a people’s right to self-determination.

Yet Ukraine is more than its borders and land. Ukraine is its people, its rich culture – its history, its present and its future. You, as the country’s thinkers and creators and makers are at the heart of that – whether you report what is happening today, write what must happen tomorrow, or create moments of reprieve to inspire those around you through impossible times.

Create freely. Write fiercely. Share your story. The authoritarian mind is right to fear you. You have the power to counter it.

We look forward to meeting you and your work in better times. Until then, if we can help or if you want us to share your thoughts and writing, email ukraine@societyofauthors.org.

Wherever the weeks and months ahead take you, you are in our hearts.
In solidarity. 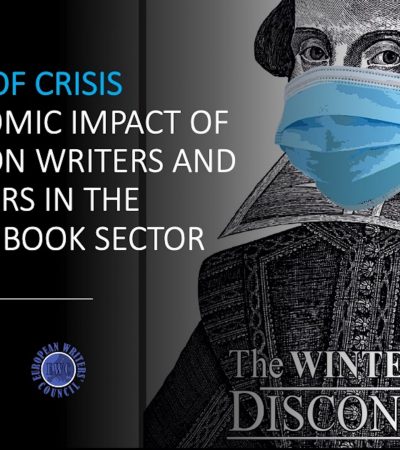 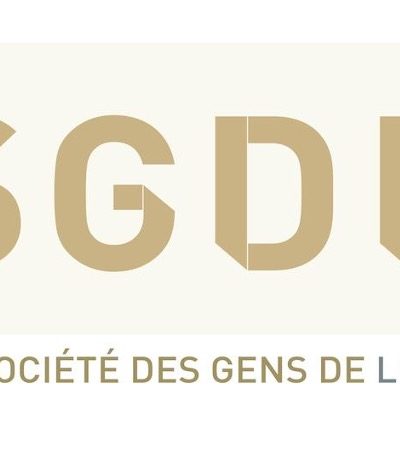