“We hope that European Writers’ Council will be a platform for international cooperation and exchange of ideas, a place where we will be able to discuss similar problems and learn of the solutions that have already been implemented elsewhere.” Read more about the new EWC member Unia Literacka

“Unia Literacka (Literary Union) is a new organisation of the Polish writers, established in June of 2019, representing authors and fighting for their rights. For many decades there has been no significant writers’ association in Poland, so the younger generation of authors – even though they understand how precarious the writers’ situation on the Polish book market is – are still quite reluctant to join our ranks. Nevertheless, we have been growing steadily, and now we have about 120 members, including some of the most important and popular authors, but it is still not much in a country of 38 million people”, says the President of Unia Literacka, the writer and translator Jacek Dehnel.

Standing together for the freedom of the word

“We do not take a political stance in general but  defending  writers’ rights often puts us in conflict with the increasingly authoritarian Polish government”, President Dehnel specifies. “Artists in Poland are facing many (more or less open) attempts of censorship, and that also includes literature. Several institutions crucial to the development of literature lost their independence, after they had been „taken over” by the partisan apparatchiks – it happened with the Polish Book Institute and the Polish Institutes, cultural diplomacy agencies of the Ministry of Foreign Affairs. Other cultural institutions were established from a scratch to promote ideological and partisan agenda, and then showered with funds that had been taken from the well-established, long-running programs supporting literary press. Basically, hardly anything is being promoted internally or internationally, that is not right-wing, nationalistic or staunchly Catholic. If any „improper” art is staged, exhibited or promoted, the Ministry of Culture punishes such institution, either by revoking funds, or changing its director. The situation is especially difficult in film and theater, but the literature is also seriously afflicted. Polish Book Institute and the Polish Institutes for years had been a great help for Polish authors, actively aiding them with international promotion  and translating programs.

The Ministry of Culture has initiated, however, a special system of social insurance for the freelance artists, and Unia Literacka has been inviteed to participate in the process of public consultation. Sadly, the bill still has not been prepared by the Ministry, and we don’t know  whether it will be ever passed.

Advocating for residencyships and the new platform Impresariat, to connect the libraries and schools with authors and readers

Unia Literacka often works together with STL, Polish Literary Translators Association. Together we have been able to establish a small but growing net of literary residencies (http://literaryresidenciespoland.pl/), filling the void that was badly needed, since Polish writers and translators had known such residencies almost exclusively from abroad. Among our next plans is establishing „Impresariat”, a platform which will help librarians, schoolteachers or literary festivals to easily invite authors and translators for readings, lectures and lessons. The launch of this platform is scheduled for October 2022.

We hope that European Writers’ Council will be a platform for international cooperation and exchange of ideas, a place where we will be able to  discuss similar problems and learn of the solutions that have already been implemented elsewhere”, concludes Jacek Dehnel.

Jacek Dehnel, born in Gdańsk in 1980, studied literature and philosophy in Warsaw and is a poet, prose writer, translator and painter. In 2006 he became internationally known with his novel Lala. In 2005 he received the prestigious Koscielski Prize and in 2010 his poetry collection Ekran kontrolny (“Control Screen”) was nominated for the most important Polish literary prize, NIKE. Jacek Dehnel is President of Unia Literacka. Photo: © Cezary Rucki

Unia Literacka is a relatively new writers’ association in Poland, constituted in Autumn 2017 and officially registered in Summer 2019. Our main goal is to represent the community of writers

During the Covid-19 pandemic we had organised a set of 50 everyday online readings, both to keep in touch with our readers, lifting their spirits, and to raise funds for a system of financial help for those writers (not necessarily members of our association) who were in dire situation because of the pandemic. This campaign, widely recognised, brought us a nomination for Książka Roku 2020 award and, as a result, some funding for our new, professional website and the Impresariat (‘Agency’) website (both still under construction). Impresariat is a platform establishing connections between the organisers of public readings (the libraries, cultural centers and literary festivals, even schools with a broad cultural program) and writers and translators in order to make their contacts easier and more efficient.

Since the very beginning we co-organised (with the Polish Literary Translators Association) a system of literary residencies in partnership either with private founders or the local authorities. The website of this program serves also as a notice board for other artist-in-residence programs in Poland and abroad: http://literaryresidenciespoland.pl/

In with KBF (Krakow Festival Office) a set of contract templates was prepared, serving as a practical tool for the writers’ community, raising awareness about the abusive clauses and a need for protection of one’s copyrights. We are also collecting data in order to publish the first report about the average conditions of the signed contracts.

Unia Literacka participated in a number of official negotiations, for instance lobbying at the Ministry of Culture for the system of social insurance for creative artists; lobbying for the better conditions at the Cracow Book Fair; co-organising a round table of writers, translators and publishers to establish a code of good practices for the Polish book market.

Our concern for the week position of literary critisism led us to establish – together with Empik, a major retailer of books in Poland – the Critic’s Choice award, promoting books by the lesser known and less promoted authors.

Two new members were welcomed by the General Annual Assembly of the European Writers’ Council (EWC) in Madrid 2022:

The European Writers’ Council is delighted to announce the ratification of five new members and welcomed the colleagues warmly by the Assembly on 10 June 2022:

The EWC continues to expand its diversity, competence, collegiality and cohesion through this strong enrichment of its new members and colleagues. The European Writers’ Council represents 160,000 professional writers and translators in the book and text sector in all genres, from 46 European national organisations of professional writers and translators in 30 countries including the EU, the EEA countries Iceland and Norway, as well as Belarus, Montenegro, Switzerland, and United Kingdom, altogether writing in 31 languages. 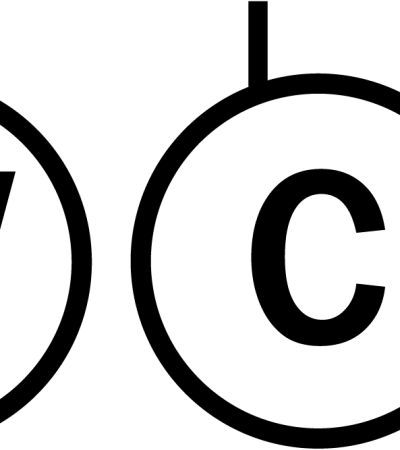